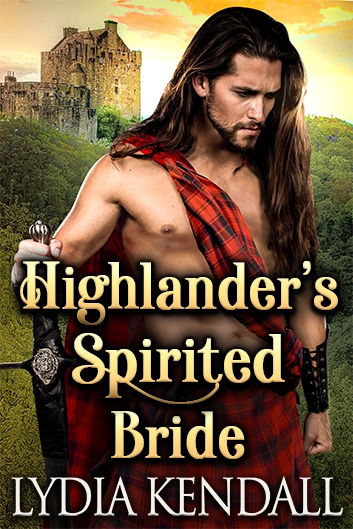 A small taste of her paradise was worth losing everything else…

Known to be a hellion, April Dumfrie, daughter of the late Laird of Crieff, doesn’t let anyone tie her down. Until the unthinkable happens: her brother, the current Laird, arranges a marriage for her, in order to help the clan. And it devastates her.

A widower and a father, Connan MacLaren needs to find a wife for the sake of his son and for this purpose only. But the woman that is presented as his future wife is the most beautiful creature he has ever seen. Not to mention the wildest.

When the death of a maid sparks an ongoing investigation, Connan has to protect April from both herself and the one who wants to harm her. Yet, Connan has to choose: stay with April or follow his King’s orders. But did the King actually order an attack on April’s clan? And how is everything tied to the death of a simple maid?

*Highlander's Spirited Bride is a steamy Scottish historical romance novel of 60,000 words (around 300 pages). No cheating, no cliffhangers, lots of steam and a happy ending.