Conquered by a Beastly Highlander 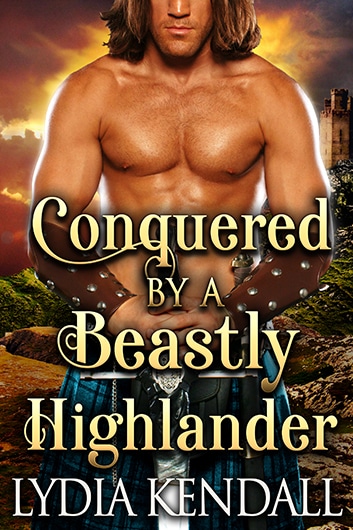 She was the closest to heaven that he’d ever been, but she was also sin...

When a flood destroys everything she has ever loved, Anabella MacAlpein has to do something terrible: ask for the help of the man whose heart she tore to pieces.

Tormod Dunaidh, Laird of Seaghagh, has been in love with Anabella ever since he laid eyes on her. At least, until she rejected him. When she comes looking for aid, her presence rekindles a desire he had thought drowned. The only problem? He’s already promised to another.

After Tormond’s betrothed arrives unexpectedly, Arabella resigns herself to yearning for a taken man.

When an invitation for tea transforms into an invitation for death, Tormond belatedly realizes that he should have paid more attention to a letter that arrived days earlier. With Arabella’s life hanging by a thread, he has one last chance to corner the culprit. Starting from a secret maze hidden in the walls of his very own castle...

*Conquered by a Beastly Highlander is a steamy Scottish historical romance novel of 80,000 words (around 400 pages). No cheating, no cliffhangers, lots of steam and a happy ending.