Captured by a Highland Pirate 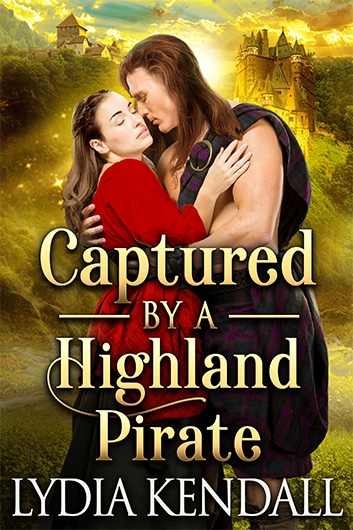 She was a love he’d cross oceans for...

Losing her husband was Grace Smith’s greatest sorrow in life. That, and trying to avoid betrothals to men she would never love, to save her life. Until a mysterious Highlander rescues her from damnation.

Alec MacNeil’s only love in life is the sea. A notorious pirate all across Scotland, he never keeps a penny he steals for himself. On his mission to steal the Viscount of Fortershire’s wealth, he ends up stealing something more: the heart of a beautiful Sassenach.

However, their dreams for a shared future are crushed when a letter arrives. A letter that not only calls for Alec to honor an old agreement for marriage but also gives him an ultimatum: his life or his entire clan. His home is under siege and the attackers won’t settle for anything less than killing everyone Alec loves.

*Captured by a Highland Pirate is a steamy Scottish historical romance novel of 80,000 words (around 400 pages). No cheating, no cliffhangers, lots of steam and a happy ending.