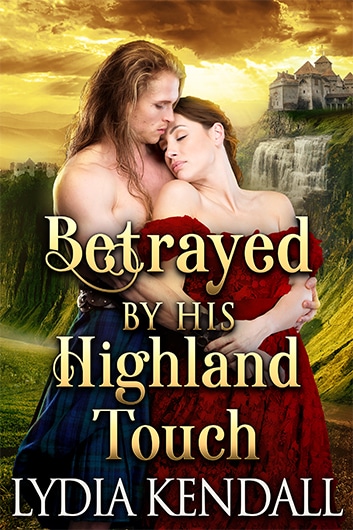 In this game of chess, the true winner needs only to remember their last move...

Witnessing an abominable crime, Lady Alice Adamson learns, is no way to end a ball. With her memory lost, her fate lies with none other than her own kidnapper: a roguish Highlander.

William Lachlan, Laird of Gallaghert has had enough of the English pillaging his clan. Determined to put an end to it, he ambushes the ball of the Earl of Hartonshire, only to find himself a fugitive falsely wanted for the murder of the Earl.

Amidst her blissful days with William, Alice must face true hatred in the eyes of strangers and a land that was never her own. With hostile English forces closing in, William's fate hangs by a thread: if Alice doesn't regain her memory in order to point out the true murderer, what awaits him and his clan is total annihilation.

*Betrayed by his Highland Touch is a steamy Scottish historical romance novel of 80,000 words (around 400 pages). No cheating, no cliffhangers, lots of steam and a happy ending.